Home  »  Sports  »  Golf  »  Why golf fans shout ‘mashed potato’, ‘cheeseburger’, ‘get in the hole’ and other absolute rubbish

Golf fans, in general, are a pretty respectful bunch, but every so often they ditch the reverential silence of the course to shout completely random nonsense.

After a player makes takes their shot, and occasionally during their swing, some prat in the crowd will yell something along the lines of ‘mashed potato’ or ‘cheeseburger’.

You are watching: mash potato golf 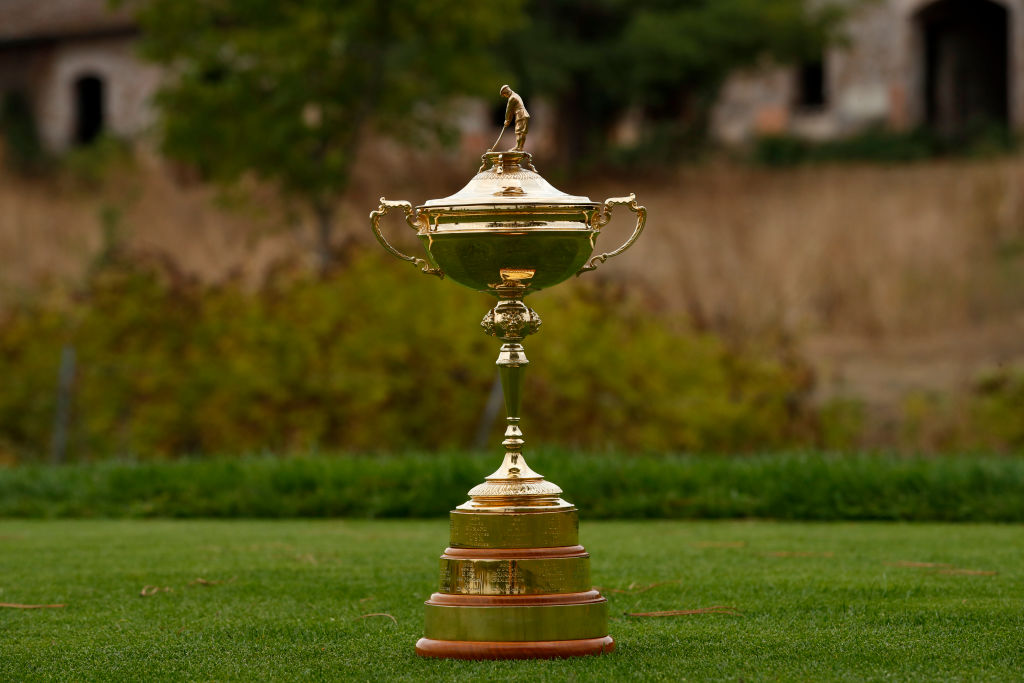 When does the Ryder Cup 2020 start and how do you watch it on TV?

There is also the more common, ‘Get in the hole!’ shout, which makes more sense, but is still absolutely ridiculous when screamed by idiots after a tee shot on a par five.

It must be said that the majority of fans are not into these outbursts, and the players are certainly not big fans of them either, but that doesn’t stop them happening.

So where have these outbursts come from?

The ‘mashed potato’ shout was made famous by golf fan Andrew Widmar, who was identified by The Golf Channel as the man behind the epic outburst at the Chevron World Championship in 2011.

Tiger Woods had played his tee shot on the 18th and Widmar unleashed his ode to the carby side dish for the world to hear, which you can experience in the video below.

Widmar, however, admitted that he did not come up with the incredibly witty idea: ‘I’d seen it before on YouTube.

Widmar’s inspiration was this video from 2010, which may well have been the first shout of ‘mashed potato’ anywhere on a golf course.

And here is Graeme McDowell calling someone a ‘wanker’ for shouting ‘mashed potato’ at him as he attempted to land on the green.

Since the advent of the ‘mashed potato’ craze, fans have simply tried to get a bit more inventive with their random shouts.

Here is a ‘cheeseburger’…

And here is a ‘meatloaf’ (extra points for the double shout)…

Sometimes the shouts have a political edge, though, such as this ‘Free Palestine’ from the 2018, which was actually during Woods’ swing…

As for the original ‘Get in the hole!‘ it is not sure where exactly this originated, other than it came from America.

‘It definitely comes from America, where it has been exacerbated by the stadium-style golf that they have tried to organise on the PGA tour,’ Shaun McGuckian of Golf Punk magazine told The Independent.

‘It’s trying to be funny with the imagination of a nation that can only chant three letters (U-S-A). It gets louder as the beer flows.’

MORE : Tiger Woods swinging the club better than ever before, says Phil Mickelson ahead of Ryder Cup