The Nike Vapor Fly irons are designed to be higher launching, longer flying, and full of modern design for stability and better feel. 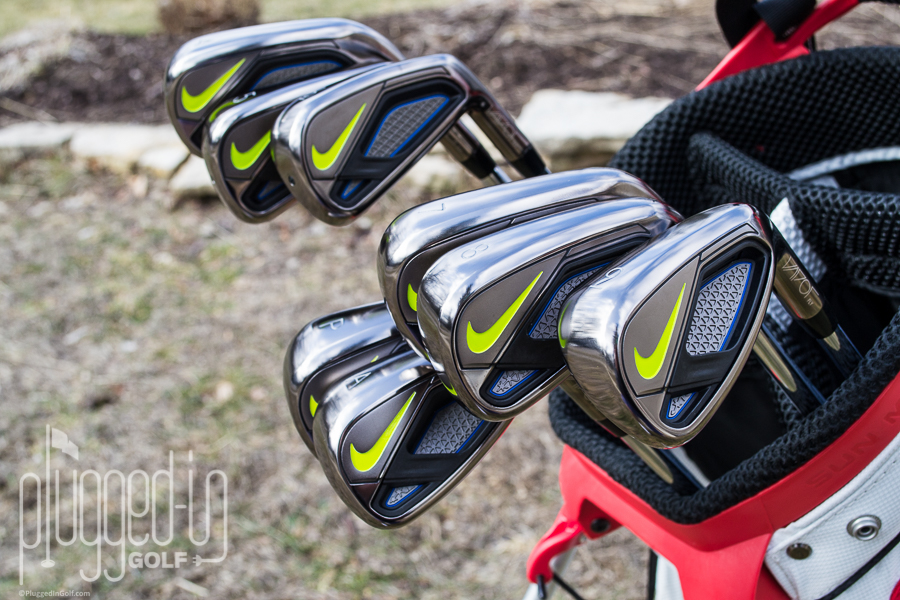 Nike earned some strong praise from us with Vapor Fly Pro irons, but now we’re taking a look at the Super Game Improvement (SGI) relative, the Nike Vapor Fly irons. As much as we would all like to be able to play like pros and play clubs like theirs, the simple truth is that isn’t always an option. Major manufacturers have been making GI and SGI clubs for years, but I would argue that these types of clubs have only been of higher quality in recent years. Nike, being known for innovation and access to high-caliber engineering resources, has produced one of the stronger SGI irons in the modern market. 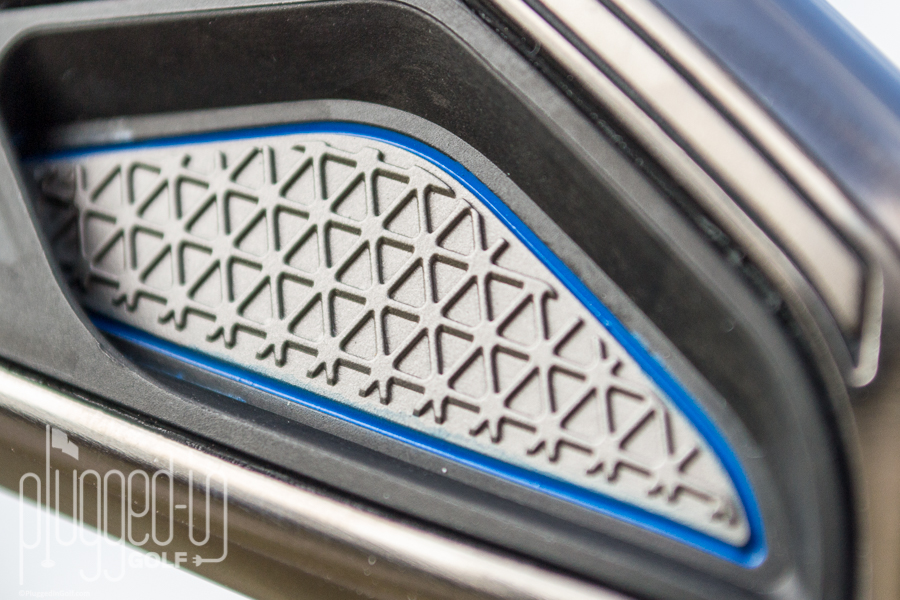 Look, if you’re looking for an SGI iron that’s disguised as a small player’s blade, the Nike Vapor Fly irons are not it, but that’s ok. The Nike Vapor Fly irons are designed to give players extra stability but also confidence at address that the club is going to provide all the help it can. The topline is thick, there is a good amount of offset, and the soles are nice and thick.

The cavity back of the club has the signature volt yellow Nike swoosh, the Flybeams that help stabilize the body of the club are visible, and you see blue accenting and the same pattern on the rubber dampening material that’s found on the new driver heads. Nike did a good job making the Vapor Fly irons stay consistent with the branding of this season’s Fly line. 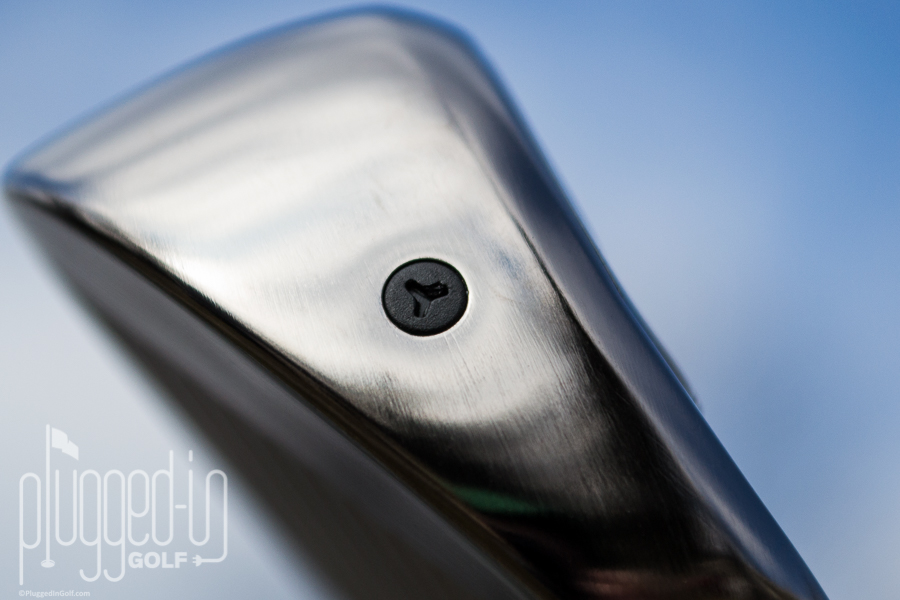 The long irons of the Nike Vapor Fly irons are hollow and the shorter irons have what Nike is calling a RZN pocket, which both have a very direct impact on the sound and feel of the club. The sound in the longer irons is very metallic (note: not like a fairway wood or hybrid) and is not a traditional iron sound, which I’m ok with in this SGI set. The shorter irons give you a little bit more slingshot snap at impact and lose a good amount of that metallic sound. The consistent sound characteristic is that they sound very explosive, like the ball is really popping off the face, even on mishits. The biggest negative in the sound department is when you make a terrible swing and take a bit too much ground. The club and the turf sound like they just got into a fight, but you’ll be surprised at the results of your short (more on that later).

The feel very much matches the characteristics of sound. The longer irons feel a bit hollow and very forgiving all over the face. When you really lay into one of the longer irons and hit a good shot, it really feels like a canon shooting off the face. The shorter irons have a bit more response in them and similar forgiveness, but the explosive feeling is a bit more familiar and closer to the standard “trampoline” or “spring” effect often described in SGI irons. 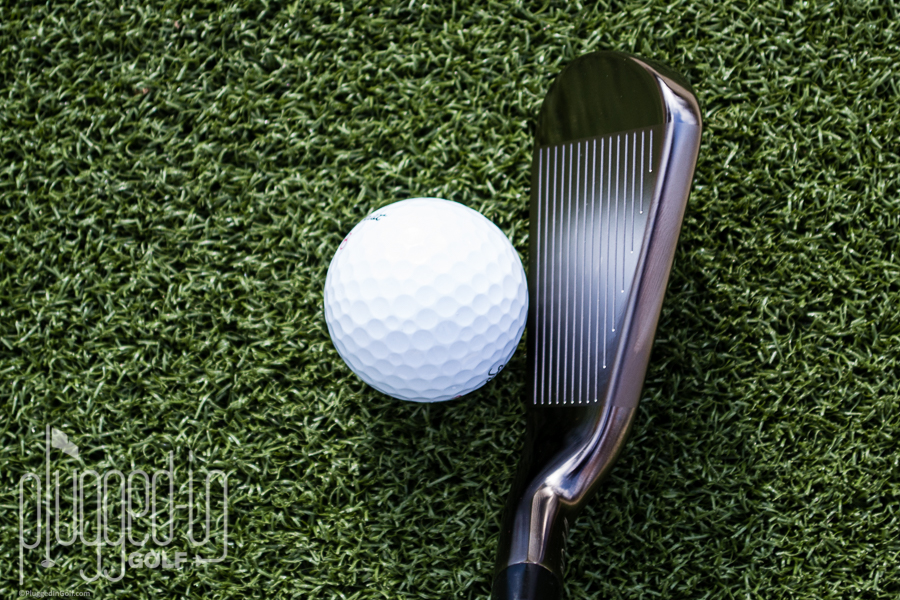 There were two things that jumped out at me in reviewing the Nike Vapor Fly irons beyond the usual positive attributes in SGI irons. First was that, yes, when I hit these well, I hit them a mile. Admittedly, modern SGI irons are prone to stronger lofts, but I’m talking up to about 30 yards more in the longer clubs. The high end for the shorter irons was about 20 yards. Now, there are a million things that could contribute to this, but the biggest takeaway is that a player looking to get some extra yards out of their SGI irons should be in good shape with the Nike Vapor Fly irons.

The second thing I noticed, and alluded to in the “Sound” section, was that the Vapor Flys had one of the best bailouts I’ve ever seen. I can’t tell you how many shots I just flat out “trenched” over the first twenty swings or so. I was hitting so fat which would result in a lot of loss in speed and hitting the ball high on the face. Almost miraculously, the ball would still fly straight and get out there a ways. Now, don’t get me wrong, I wasn’t hitting a fat shot 189 yards that was an intended 200, but I would find myself chucking the ball straight ahead 150-165 yards. Yes, this would be trouble if I had to carry water, but down the fairway to the green, I’m still in ok shape with decent progress. All I can say is that this was not an anomaly for me and proved to be a very common occurrence. As silly as it sounds, this was the most impressive part of this club for me. A lot of people make SGI clubs that go a mile and are forgiving, but this is the first time where I’ve ever seen one rescue a bad shot so well. When I think of the player looking for the benefits of an SGI iron, I think this is an absolute gift in these irons. 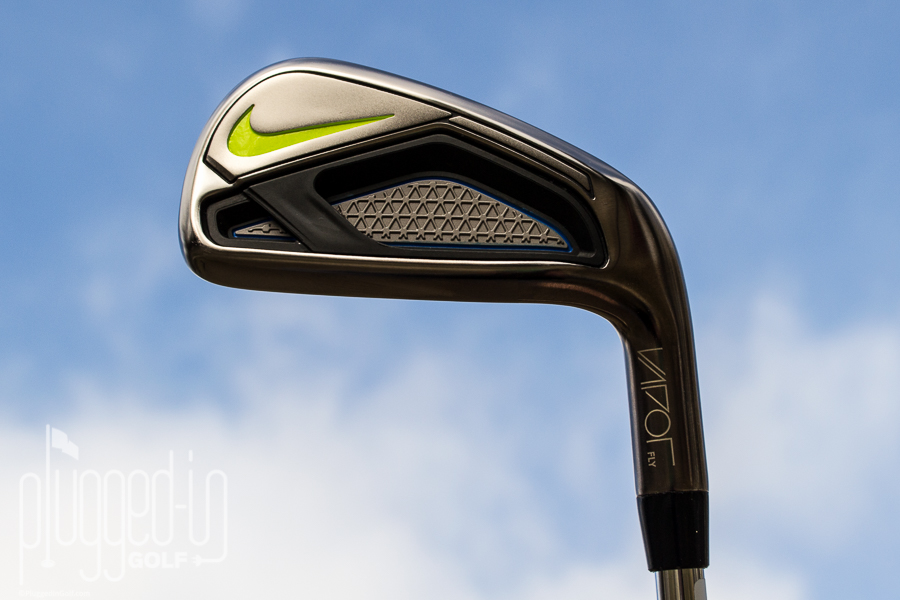 It’s funny, as I sat down to write this, I wasn’t sure what exactly it was going to look like “on paper.” The Nike Vapor Fly irons may seem like just another new flashy modern SGI option, but they really are a very good option to consider if you’re the right demographic for the club. The tools are there to hit long bombs when you make a good swing, but for the times you don’t, the Nike Vapor Fly irons have what it takes to minimize the damage and keep you in play.

Readmore: Why golf fans shout ‘mashed potato’, ‘cheeseburger’, ‘get in the hole’ and other absolute rubbish