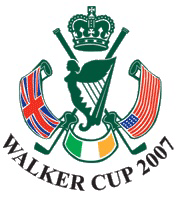 Royal County Down in Newcastle was confirmed as the host of the 2007 Walker Cup match on 18th March 2003. It had most recently hosted the Amateur Championship for The R&A in 1999 and became the second Irish course to stage the match after Portmarnock in 1991. Crowds were limited to 10,000 per day and daily tickets cost £25.

This match is remembered by many for Jonathan Moore’s 4-iron approach from 252 yards to the 18th hole which finished 3 feet from the hole and arguably secured the trophy for USA. GB&I, having been whitewashed in the Day 2 Foursomes, kept their opponents honest by winning four of the first five afternoon Singles and halving the other. Moore’s eagle on the final hole, helped of course by Jamie Lovemark’s late win, ensured there was to be no famous comeback.

USA’s victory was their first overseas win since 1991.

With the benefit of hindsight the names of Rory McIlroy and Danny Willett, both future Major champions, stand out in the GB&I line up. However, at the time Rhys Davies and Jamie Moul (who was WAGR No. 1 for 17 weeks in 2007) were equally well known. 18 year old McIlroy, a child protégé who had recently earned low amateur honours at The Open at Carnoustie and was already committed to turning pro after a home Walker Cup, was always certain to be picked. However, Willett was an outsider and only played his way on to the team at the last minute winning the English Amateur the week before it was due to be announced.

Nigel Edwards played in his fourth consecutive and final Walker cup match. He subsequently captained the team with great distinction winning his two home matches in the three he oversaw.

Buddy Marucci (55), the co-owner of a chain of luxury car dealerships in the Philadelphia area, was USA captain. Marucci played in the match in 1995 and 1997 and was best known for taking Tiger Woods to the 36th hole of the 1995 U.S. Amateur Final before succumbing by 2 Holes.

The USGA selected their first eight players in early August. Billy Horschel, Dustin Johnson, Trip Kuene, Chris Kirk, Colt Knost, Jamie Lovemark, Jonathan Moore and Webb Simpson were all in this formidable first group based on their form during 2007.

Having left a mid or senior amateur off their roster for the first time in 2005 the USA selected Trip Kuene (35) for the third time for the match in Northern Ireland.

Knost went on to win the U.S. Amateur at Olympic Club in San Francisco later in August allowing the USGA two free picks to make up their team. They went for Rickie Fowler and Kyle Stanley. Michael Thompson, who was runner-up at the U.S. Amateur, Drew Weaver – winner of that year’s Amateur Championship at Royal Lytham – and Alex Prugh were the three U.S. alternates in 2007. 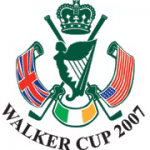