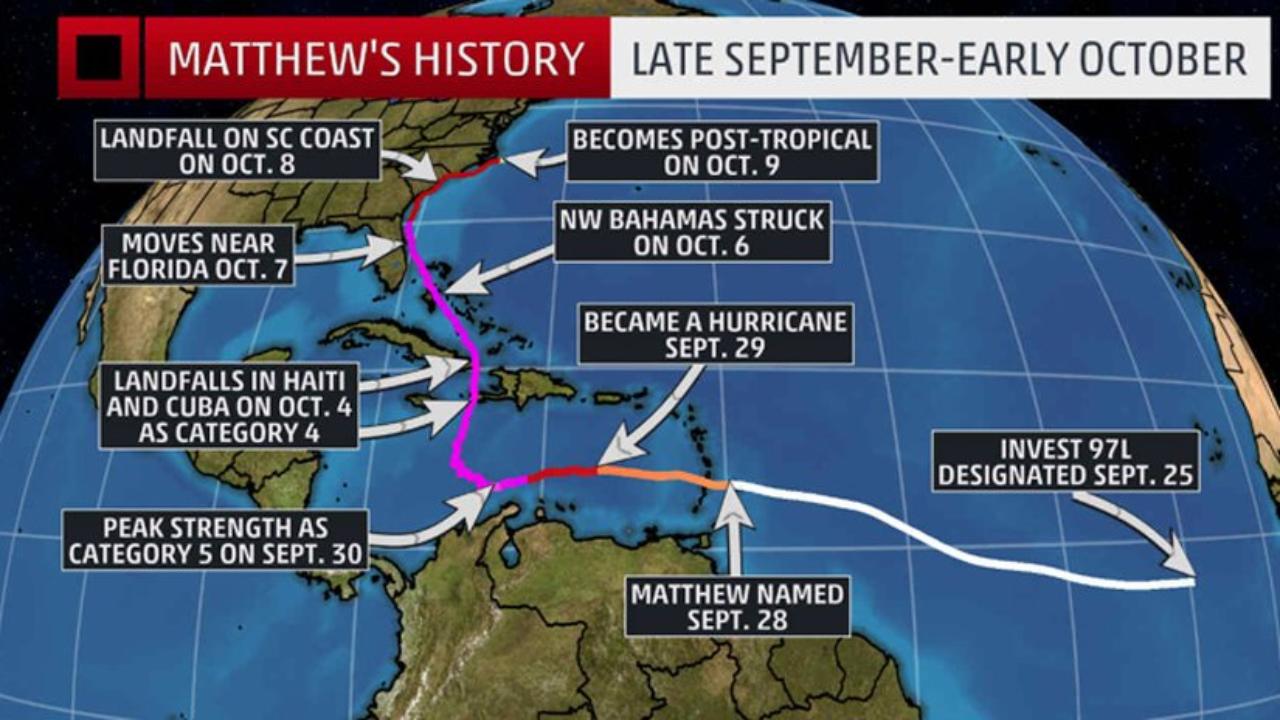 Since 1851, approximately 25 tropical storms have hit Hilton Head Island. With the exception of the 1893 “Sea Islands Hurricane” there isn’t really any mention of a “memorable” direct hit for Hilton Head Island. There were plenty of close calls. We felt the winds and rain from plenty of large storms that ravaged Florida, North Carolina, Louisiana, etc. However, none of them were “the talk of the town” months after the fact. That was until the early morning hours of Saturday, October 8, 2016 when Island Club and the rest of Hilton Head Island was mangled by the then category 1 storm, Matthew.

Hurricane Matthew formed east of the Lesser Antilles on September 28, 2016. Three days later, Matthew had attained Category 5 status, the highest on the Saffir-Simpson Hurricane Wind Scale. The storm weakened to a Category 4 after making landfall in Haiti and Cuba on October 4th.

That same day, Governor Nikki Haley declared a State of Emergency and ordered a mandatory evacuation of the coast of South Carolina. Lane reversals of many major highways and roadways were scheduled for the afternoon of Wednesday, October 5th in preparation for the mass exodus from the coast.

Over the next few days, Hurricane Matthew slowly crawled up through the Bahamas and along the east coast of Florida, losing “major” category status.

By October 7th, all emergency responders and government workers were evacuated to a base camp set up at the USCB-Okatie campus.

Meanwhile at Island Club, we had evacuated all owners and guest, except one full time resident who elected to stay. All Courtesy Team & Landscaping staff were allowed to leave early Wednesday, October 5th after finishing up securing the grounds. October 6th was spent double checking balconies, windows, and doors, performing manual data backups of computers, and moving electronics to safer areas within some of the buildings. By mid-day October 7th, the rain began and the strike from Hurricane Matthew was imminent.

Property Manager, Patty Pearson along with Director of Landscaping, Louie Dragoone and Courtesy Team Night Manager, Alex Brannon remained on property to see it through the storm and begin immediate disaster assessment and begin coordinating the clean up.

Somewhere around 2:00am Hurricane Matthew struck. The island was blasted by 90 to 105 mile per hour winds and heavy rain. From our estimations, power was lost sometime between 2:00am and 3:00am. For three to four hours, Hilton Head Island was battered.

It has been reported that:

As for the Island Club we got off incredibly easy despite our location:

Within two weeks of the day the storm hit, the property was restored to a state that you would not be able to tell that a hurricane ever passed through. With only the fence replacement, a few trees awaiting tree surgeons to remove them, and the tennis court rebuilding left to complete, over 90% of the property was back to its well manicured state as though nothing ever happened.

Within a few weeks after the hurricane, we had the last of the trees removed. And within a few months of that, the installation of a brand new wrought iron fence along the Folly Field perimeter of the property had been completed, the tennis courts were fully restored, a new cover was installed over the repaired bleachers, and new lights were installed. The property looks better than ever.

Below is a gallery of the aftermath and cleanup process of Island Club. All photos were taken by Alex Brannon, except photos of him which were taken by Carol Deeb or John Outing. For more information about the preparation, impact, and rebuilding efforts on Hilton Head Island, check out the video at the bottom of this page, produced by the Hilton Head Island / Bluffton Chamber of Commerce with commentary from Town Manager, Steve Riley, Emergency Management Coordinator, Tom Dunn, Beaufort County Sheriff, PJ Tanner, and many other vital personnel.