We see lots of fantasy golf games throughout the year that focus on the European Tour and PGA Tour so imagine my intrigue when Ladies Dream Golf appeared in the Lady Golf twitter timeline.

Instantly I was met with a unusual concept that I hadn’t seen before.

You are watching: ladies dream golf

The unique-ness of Ladies Dream Golf means that you can play along with LPGA events for free or enjoy some perks and great prizes by making a donation. This donation goes directly to help a Symetra Tour pro, for 2017 this pro is Swedish golfer Julia Roth.

This concept came from IT Project Manager Kelley Shaw. After a day of working full time this is a hobby that she has embarked upon completely on her own as a side project. Kelley has no affiliation with the LPGA or Symetra but just loves golf.

We caught up with Ladies Dream Golf pioneer Kelley to find out more about this unique player funding website.

How and when did you start Ladies Dream Golf?

I didn’t start playing golf until about 2008, at age 46. I’m the kind of person who jumps in head first when I decide I like something. I took lessons, started watching golf on TV, and searched the internet for golf-related sites. I quickly discovered fantasy golf was “a thing” but only for men’s golf.

I played some of the PGA-based fantasy golf games for a couple of seasons, but because I am more a fan of the LPGA than the PGA, it didn’t hold my interest.

My background is in software development, so I challenged myself to write a fantasy golf application based on the LPGA, just to prove I could do it! After success in creating a game in late 2012, I wondered if other people would be interested in playing.

So at the beginning of 2013, I launched Ladies Dream Golf with one fantasy golf game called Pick-4, which I modelled after the Golf Channel’s game.

I had never really used Facebook or Twitter before, but I knew I needed to use social media to get the word out. I started LDG accounts for both and began posting about it. I even put out a “press release” about Ladies Dream Golf.

I was able to round up about 25 people to participate in the first tourney of the year, LDG grew to about 125 fantasy golfers by the end of that first season. 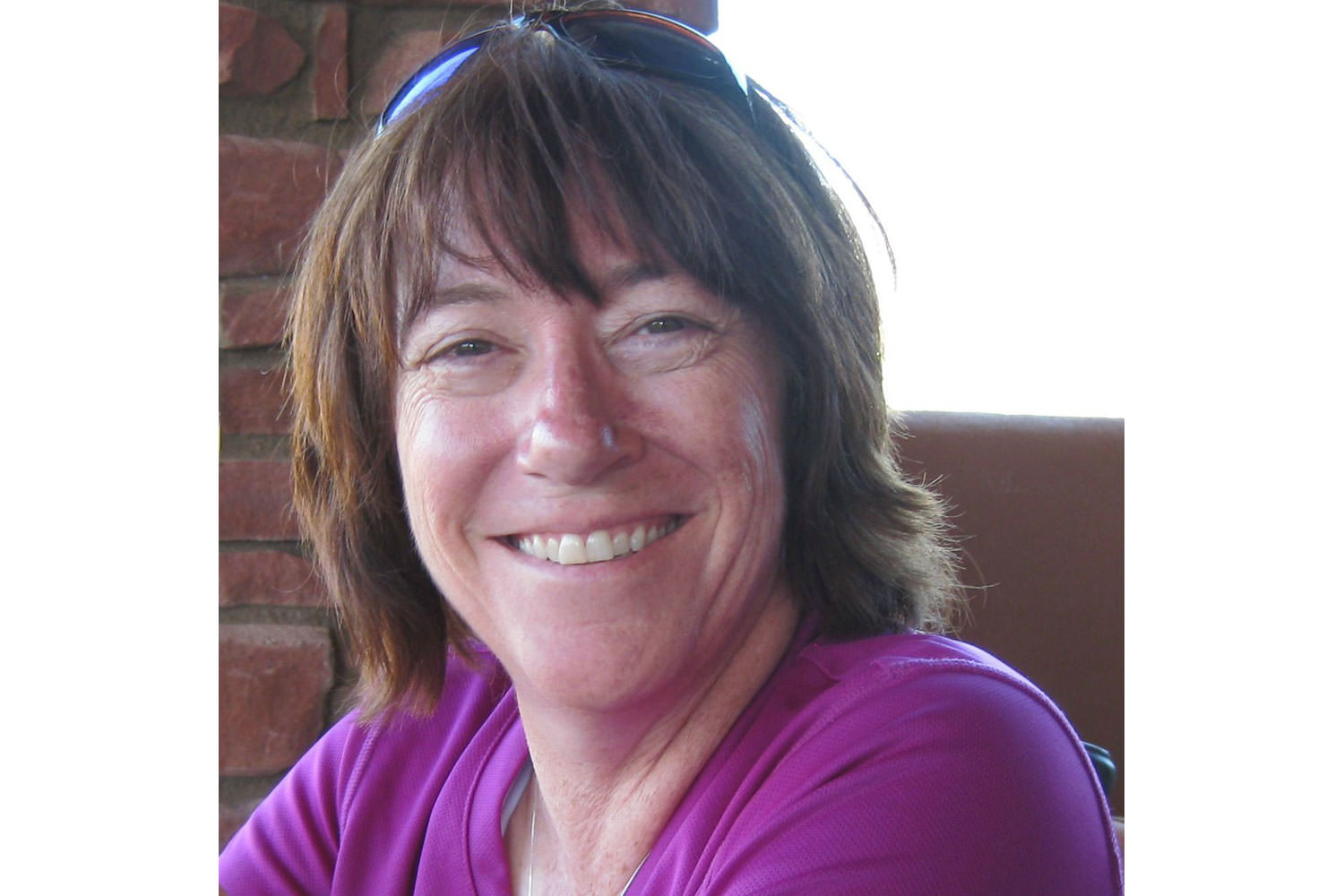 Was it your aim to support players when you started LDG?

No. Initially, I just wanted to see if I could reach enough people to run an interesting game and participate in a fun competition!

How many pro’s have you supported since you started?

I have supported 6 pros so far (not all at the same level).

I kind of make this up as I go, and it has been an evolution as I figure out what works best for me and for the pros. I call the primary beneficiary of the sponsorship our “Resident Pro”.

I’ve also invented other titles such as “Associate Pro”, simply so that I could bring in more players to be part of our community.

I also now have a feature called “Beat the Pros” that allows LDG’ers to compete in fantasy golf against pro golfers.

This year I have 4 pro players participating in “Beat the Pros”! I give the “Beat the Pros” each $500 (to cover the entry fee for one Symetra Tour event).

These are the pros that I have supported so far:

My fund raising methods have evolved over the years. I’m still trying to find the right balance:

2013 to 2015: I gave money out of my own pocket and ran a few ad-hoc campaigns on the LDG website to raise money for Alexandra. I added a new game called “Make the Cut” in 2015, which was my first attempt at a cash game to collect donations. I collected $600 (allowing for $250 prize) for Alexandra from that game.

2016: I modified the Pick-4 game to have a cash-to-play option with cash prizes in the hopes of raising more money. It was a lot of fun, but unfortunately, I only raised enough to cover the cash prizes, so I covered the sponsorship money out of my own pocket.

2017: I’m trying something new this year. I’m using a “donation ladder” modelled after some of the crowd-funding sites.

The more a fantasy golfer donates, the more perks they get and the more fantasy golf they qualify to play. I found several sponsors to provide prizes for the Pick-4 fantasy golf tournaments, so all funds collected can go directly to our Resident pro.

This is working great! I’m only 375 dollars short of the goal of $4000, which means I will have less out of pocket expenses this year. (I guaranteed Julia $4000 and we have collected $3625 so far.) I’ll figure out the right mix eventually!

I look specifically for Symetra Tour players who are trying to make their way to the LPGA.

I have thought about sponsoring LPGA rookies with limited status on the LPGA to help them get off to a good start, but the LPGA is way more expensive than the Symetra Tour (travel-wise).

If I can grow the community to the point where we can raise higher dollar amounts, that would make more sense.

For selfish reasons, I concentrate on supporting players from tours located in the US because I can more easily go to tournaments and spend time with the players who we sponsor.

What made you decide to put the donations towards helping pro golfers?

Ladies Dream Golf has organically evolved into what it is today.

I met Alexandra Casi in the middle of LDG’s first season (2013). She was playing in her 3rd season on the Symetra Tour and sent out an “I need a sponsor” tweet on Twitter and I replied to her, inquiring what exactly she was looking for.

We talked on the phone and she was really enthusiastic about the fantasy golf concept and wanted to help me grow Ladies Dream Golf. I agreed to sponsor her for one Symetra Tour event ($1500 out of my own pocket) if she would help expand the LDG community.

I then introduced her to the LDG community via several live “Hangouts” and got a good response. I ran several ad-hoc campaigns over the next couple of years to raise money for Alexandra for individual tournaments.

The community enjoyed supporting Alexandra and getting to know her, and so did I! The concept of using LDG to support golfers became my new primary motivation for doing it.

How do you decide which pro to support?

As I explained earlier, meeting Alexandra Casi was serendipitous. We became friends. She helped me to understand what the Symetra Tour was and the challenges faced by girls/women whose dream it is to play on the LPGA.

I supported Alexandra in several ways over the period of 2.5 years, from simply giving her money from my own pocket, to running campaigns on LDG to ask members to donate.

At the end of 2015, Alexandra and I agreed that it would be beneficial for Ladies Dream Golf to sponsor different players to grow the membership.

That would allow other pro players to benefit from Ladies Dream Golf as well. With Alexandra’s help, I posted an application on the Symetra Tour’s internal Facebook site and asked for applicants for the 2016 season.

The response I got to my call for applications for the 2016 season was wonderful. Seven players applied. I had phone/Skype conversations with all of them. It was so difficult picking just one player!

But I made my decision and picked Brittany Benvenuto as our 2016 Resident Pro. Another player, Allie White, offered to help even if she did not receive the Resident Pro sponsorship. So I invented the title of “Associate Pro” for her and offered to cover her expenses for one tournament.

Unfortunately, she found out she had a conflict of interest because it was against the rules at the university she worked for her to participate in “gambling”. I sadly had to cut my official ties with Allie, and replaced her with another applicant, Sandra Angulo Minarro.

Late in the 2016 season, one of the players I interviewed for the 2016 Resident Pro sponsorship contacted me and told me she was very interested in being the 2017 Resident Pro.

I appreciated her taking the initiative and gave her the 2017 sponsorship. During the same time period, Megan Osland contacted me via Twitter and asked about getting involved. I told her I was looking for Pros to play Ladies Dream Golf against our fantasy golfers (Beat the Pros) and she said she wanted to participate.

How many events does your fantasy league cover? All 2017?

Since 2013, I have covered every LPGA tournament. In 2014, I covered several LET events as well, and even the Solheim Cup. That ended up being more work than I could realistically handle, so that was a one-season thing.

I’ve covered a few Symetra Tour events as well over the years, with the thought of putting more focus on the Symetra Tour.

Again, I found the work to run events from two different tours was more work than I can handle right now.

Maybe after I retire from my real job, I’ll refocus my efforts on covering more ladies tours! 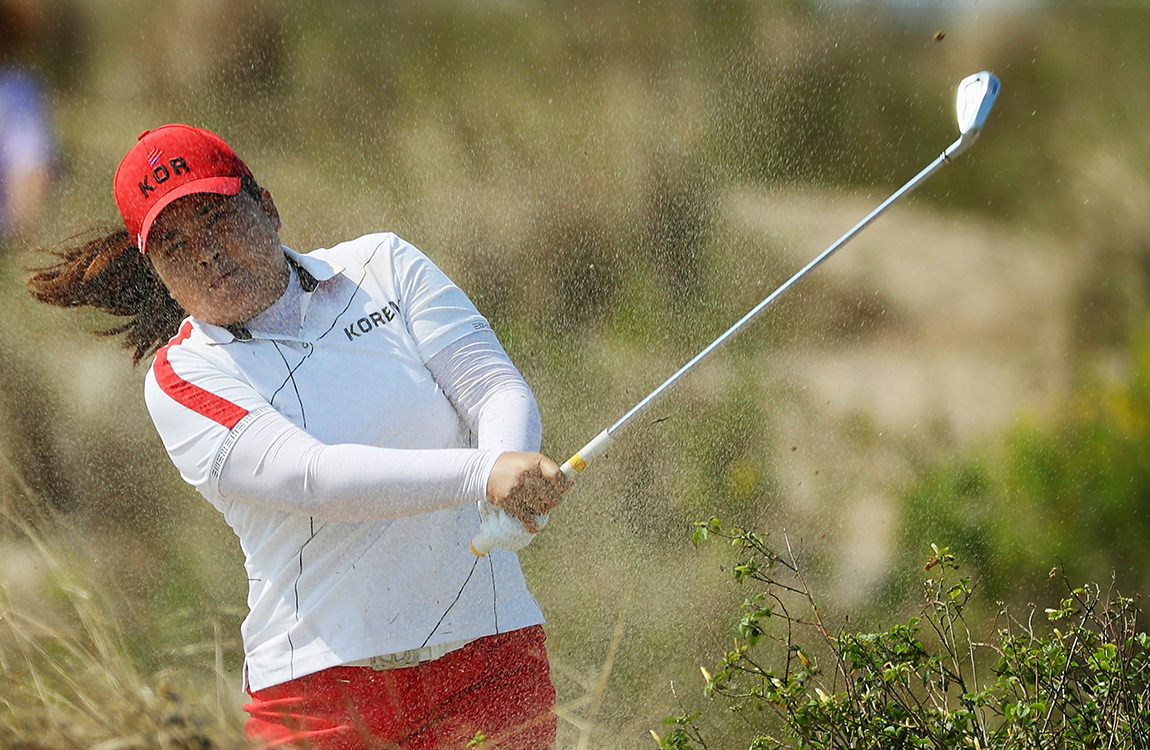 Are you or the people who work for LDG golfers?

I don’t have a staff. It is me, myself, and I. I play golf recreationally and am not very good! But that does not slow me down. I enjoy being on the course and challenging myself to get better.

I also enjoy the social aspect of the game and play in charity tournaments when I have the opportunity.

How many people do you have playing worldwide?

LDG has grown steadily over the years since 2013. Here’s a quick summary:

Of the current LDG membership, most are from the US, but there are about 40 from UK, 12 from other areas of Europe, 5 from Asia, 15 from Australia, 2 from Mexico, 5 from Canada, and 2 from Africa!

Play Ladies Dream Golf and learn more about them on their website.